There have been two great new essays on roleplaying published this week.

Ron Edwards talks about a process for playing games in highly detailed settings such as Glorantha, or the worlds of Earthdawn, Wraith: The Oblivion, and Tribe 8. He recommends choosing a location inside the setting that's rife with problematic situations, then making characters that belong to that situation (rather than a group of adventurous outsiders wandering in to fix it), and finally: destabilising the situation with immediate and simmering threats.


Raffaele Manzo analyses the role of the GM in tabletop games and LARPs. Drawing off several years of essays and articles, he describes the various roles that comprise what the GM does, including:

• social organizer
• host
• rules-owner and introducer
• creative leader
• social/procedural leader [regarding the application of game rules]
• audience member
• authority over content, plot, situational elements
• narrator of events
• cleaner-upper of the leftover of sexual encounters of lavatories of the hired facilities where LARPs are held.
The article isn't online, but it can be downloaded from Dropbox:

In case you missed the genesis of Gametime, I present an index to the first ( Collapse )

It did not look like your typical hobby game event: 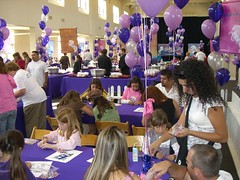 More fuel for those who believe there is a wider market for hobby games, including RPGs, than is currently being accessed. (Some readers may take this to be obviously true, but I have seen it argued countless times on countless forums that RPGs have already reached the entirety of their potential market.)

Subeditor timewarps to the 80s and provides this headline:
"Jurors find 'Dungeons & Dragons' player guilty but mentally ill in the murder of a co-worker"

(According to the story, the killer's attorney argued he was schizophrenic and obsessed with D&D and was unable to separate fantasy from reality. He did attack someone with a sword.)

More fuel for those of us who believe this kind of "publicity" doesn't actually help the cause of bringing RPGs to a wider market. (Some readers may take this to be obviously true, but I've seen it argued countless times on countless forums that RPGs need to be seen as scary again if they want to have any chance of being popular. This argument not always advanced in seriousness, however.]

Two threads I have liked of late:

A nice thread on www.nzrag.com on player feedback.

I'm just back in communication-land after a week away from it all. In my catching up of a week's worth of stuff, here's some things I've found that were of interest to me...

mearls) on cut-scenes in computer games and why they suck.

Malcolm Sheppard (currently heavily involved in Mage: The Awakening for White Wolf) on the value or otherwise of the Forge design movement.

If you flicked past the open thread steve started here earlier in the week because no-one had responded, well, check back - there's some cool stuff there.

I am both heartened and disturbed to see that RPG.net's Creepiest Person You've Gamed With thread is still alive, well over two years since its launch. Three and a half thousand posts. Beware.
Collapse